This page shows a few sample screenshots of the Hexkit Strategy Game System. The Hexkit Game screenshots are taken from the indicated demo scenarios. All screenshots were taken on a Windows XP system at 96 dpi, so as to get the smallest possible image files.

Hexkit Game (Roman Empire) – Two Roman legions have just defeated the garrison of Tarquinii, as detailed in the after-action report. Another legion has set sail for Sardinia, and the game now highlights the movement range of the legion still at Rome. 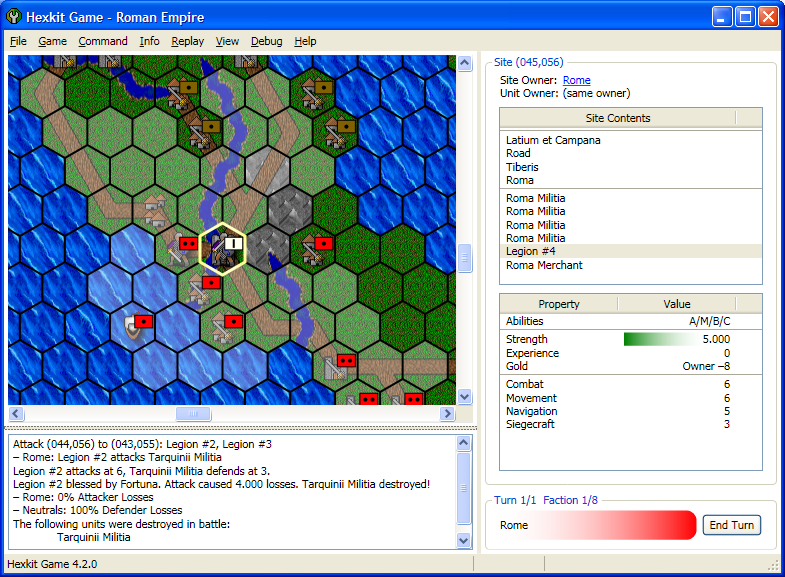 Hexkit Game (Roman Empire) – This view at the lowest zoom level shows the eastern part of the Mediterranean. 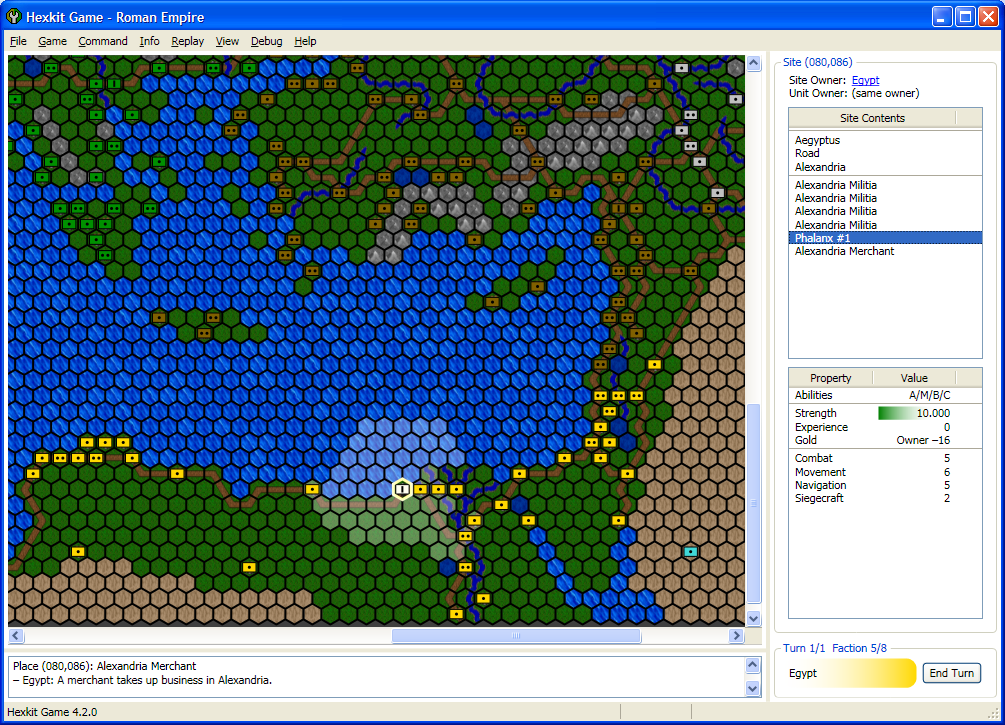 Hexkit Game (Battle of Crécy) – The French cavalry charges the English lines as the longbowmen finish off the retreating Genoese crossbowmen. 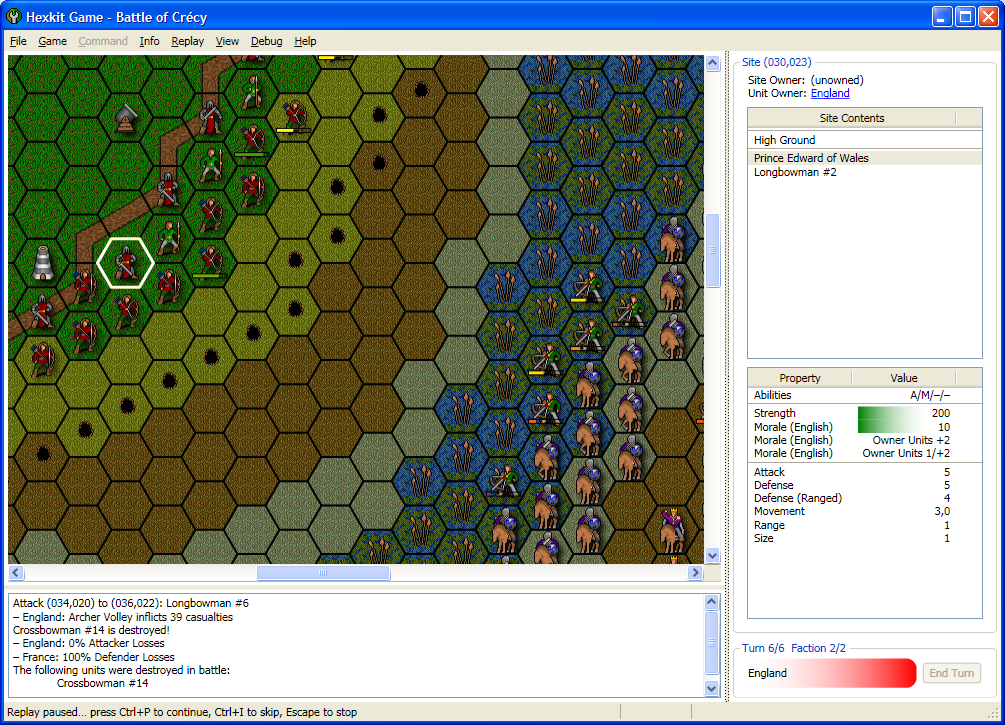 Hexkit Game (Battle of Crécy) – The typical outcome of the battle. The superior French forces evaporate as soon as they come into range of the English longbows. 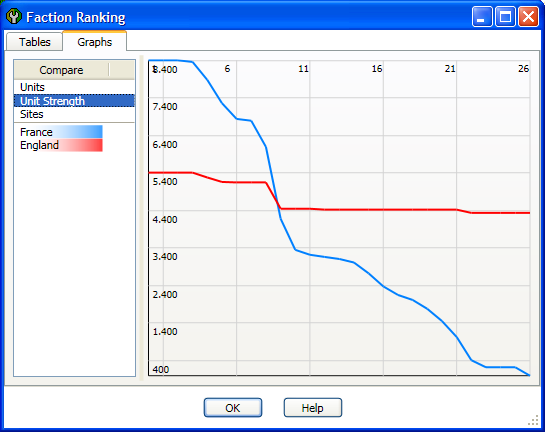 Hexkit Game (Battle of Poitiers) – The Dauphin’s division faces the English lines across the village of Maupertuis. This view is zoomed out by two steps. 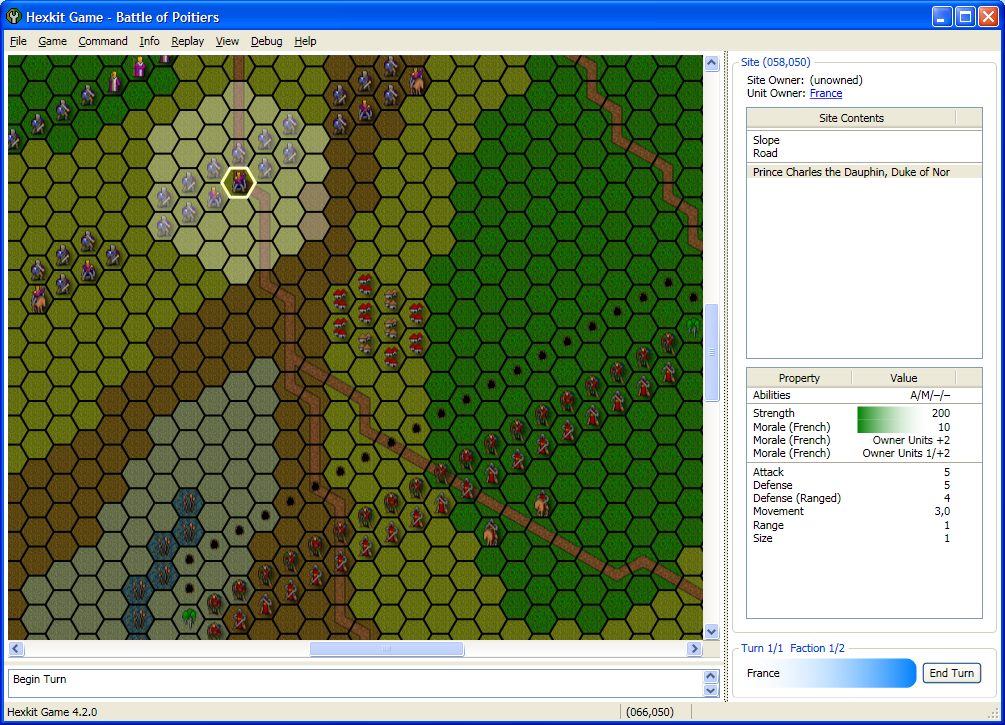 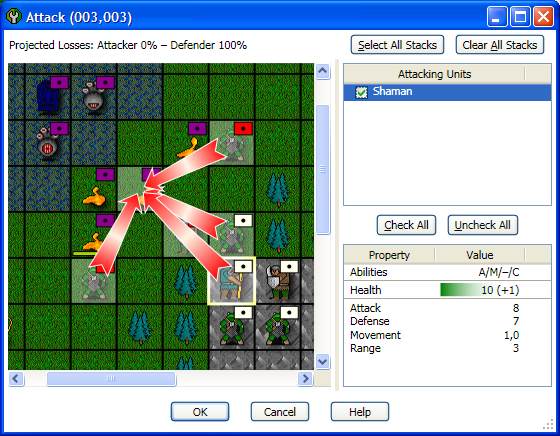 Hexkit Game (Troll Chess) – The Movement Planner allows the selection of multiple units in a stack and shows the projected movement path. 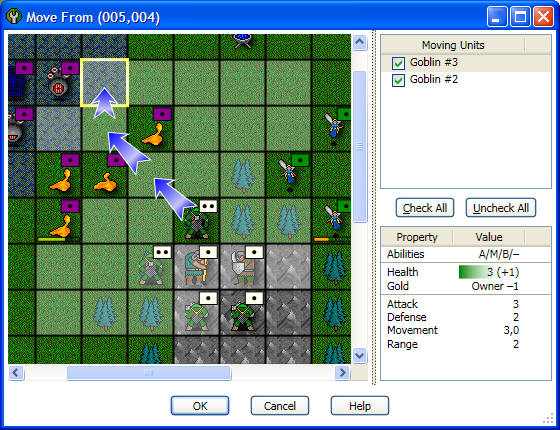 Hexkit Editor – The image for this fountain includes four animation frames which are replayed forward and backward in a continuous cycle. 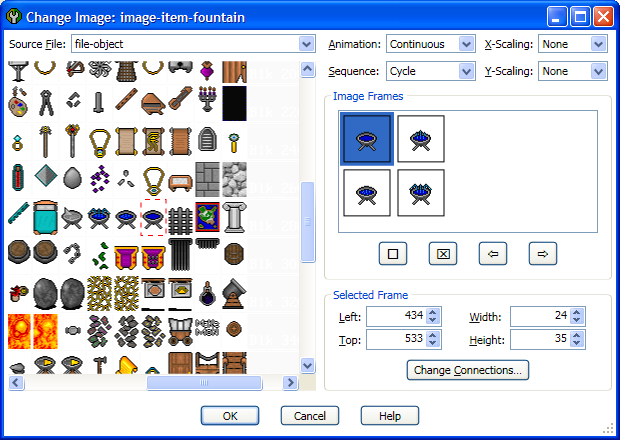 Hexkit Editor – You can define arbitrary resources and associate them with victory or defeat conditions. 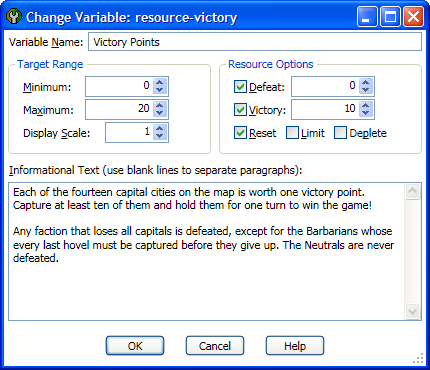